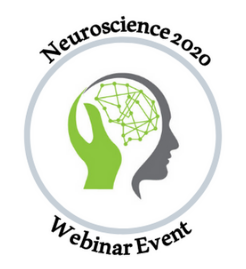 Theme: Enhancing the Novel Approach in Neuroscience against Covid_19

Register & Be a Speaker

After the successful completion of previous successful Neuroimunology 2020 conferences, we are encouraged to organize our 11th European Congress on Neuroscience and Neuroimmunology towards interacting and exploring the ideas, new technologies, and improvements in the Neurology and Neuroscience.

We are tremendously proud to proclaim the theme of the conference “Blooming and Enhancing the Novel Approach in Neuroscience and Neuroimmunology”.

This two-day integrative conference provides an incredible platform towards networking, exploring most recent scientific discoveries, a broad spectrum of in-depth learning opportunities, in the field of Neuroscience and Neuroimmunology 2020.

The wide range of sessions provide special opportunities for academic professionals, nurses, all the healthcare professionals, representatives of government agencies and NGOs from across the globe to exchange knowledge, establish networking and discuss new discoveries and technologies.

Neurology handles the diagnosis and identification of all classifications of diseases and illness including, for example, the fringe and focal sensory system including its coverings, veins and all effector tissue. With certain divisional measures such as Lumbar puncture, Tensilon test, Electroencephalogram are used to diagnose neurological disorders, Neurological procedures could be described. Advances in neuroimaging technologies, such as MRI and functional MRI, have previously given scientists unimaginable access to how the brain operates.

Neuroscientists are focused on the brain and how it influences actions and cognitive functions, or how people think. Neuroscientist investigate what happens to the nervous system when neurological, psychiatric and neurodevelopmental disorders are present in people. In a broad range of fields, from neuroanatomy to neuropsychology, a neuroscientist can specialise. Research in this area will improve our understanding of both the brain and body, how they function, and the health issues that affect them.

Neuroimmunology is the combination of the neuroscience and immunology studies. A common technique applied to the discovery of novel immune populations in humans and rodents is mass cytometry, or CyTOF (cytometry by time-of-flight). It uses metal-conjugated antibodies to allow for a high-dimensional description at single-cell level of tens of markers, thus providing a bird's-eye view of the immune system. Neuroinflammation is a complex brain injury response involving glia activation, release of inflammatory mediators, such as cytokines and chemokines, and reactive oxygen and nitrogen species production. Inflammatory reactions in the brain are also linked to increased levels of prostaglandins (PGs), especially PGE2. PGE2 signaling is mediated by interactions with four distinct G-protein-coupled receptors, EP1, EP2, EP3, and EP4, which are expressed differently across the central nervous system on neuronal and glial cells. Often present in aged brain are elevated PGE2 and inflammatory mediators.

Neurophysiology is a medical specialty that studies the central and peripheral frightened systems through the recording of bioelectrical pastime, whether or not spontaneous or stimulated. It encompasses both researches regarding the pathophysiology alongside medical strategies used to diagnose sicknesses involving both principal and peripheral anxious structures. Examinations within the clinical neurophysiology field are not confined to tests performed in a laboratory. It is thought of as an extension of a neurologic session. Tests that are performed are concerned with measuring the electrical features of the brain, spinal wire, and nerves in the limbs and muscle mass. It can give the proper definition of site, the kind and diploma of the lesion, in conjunction with revealing the abnormalities which might be in query. Due to these skills, clinical neurophysiology is used to especially assist diagnose diseases instead of deal with them

Any body nervous system dysfunction exists is called Neurological Disorders. The symptoms of brain, spinal cord, or other nerves such as structural, biochemical, or electrical abnormalities can sometimes lead. Symptoms of neurological disorder can include loss of sensation, poor coordination, muscle weakness, paralysis, confusion, discomfort, and altered states of consciousness. The neurological disorder can cause biochemical modifications, and sometimes physical injury to the brain, spinal cord, or nerves. But in some cases, the root cause can not be determined by only seeing effects.

Neurogenetics – the genetics of brain disorders might also serve as a foundation for earlier, molecular diagnosis, fundamental neuroscience and destiny drug development. This Frontiers segment focuses on research that capitalizes on human genetics to remedy neurologic problems. Ideally, submissions may have a translational bias and will marry elements of medical neurology, neuropathology, neurogenetics, molecular neuroscience, and neuropharmacology.

From its original focus on pituitary hormone secretion control by the hypothalamus, the field of neuroendocrinology has expanded to encompass multiple reciprocal interactions between the central nervous system (CNS) and endocrine systems in control of homeostasis and physiological responses to environmental stimuli. Although many of these concepts are relatively recent, it was recognized more than a century ago that the hypothalamus and pituitary gland were intimately interactive.

In PD, neurochirurgy, especially deep brain stimulation of the subthalamic nucleus, is increasingly being used as a treatment option. Unfortunately, as most of these treatments mainly improve drug-induced dyskinesia or improve "down" time in patients with motor disturbances, neither of which is a common situation in patients with late-onset disease, it is doubtful that older patients will be suitable for neurochirurgical therapies. Furthermore, cognitive impairment, which is the main contraindication to neurosurgery, is already commonly present in older patients. Deep brain stimulation often needs continuing significant dedication from both the patient and neurochirurgical teams. In addition, even in older patients with a good initial response, progression of the disease can result in any gain from short-lived neurosurgery.

Neuro-oncology is a subspecialty concerned with the care of both primary and metastatic brain tumors, cancer- and treatment-related spinal cord disorders, nervous-affecting paraneoplastic disorders, as well as central and peripheral nervous system problems related to cancer treatment. The syndromes most frequently affect the CNS and are either mechanistically classified as cytotoxic Tâ€cell-mediated (partly characterized by cytoplasmic or nuclear antigens and characteristic oncofetal proteins contained in blood and CSF) or antibody-mediated disorders.

Neuropathology is the take a look at of ailment of nervous system tissue, commonly within the form of either small surgical biopsies or whole-body autopsies. Neuropathology additionally relates to forensic pathology due to the fact mind disorder or brain injury may be related to cause of death. Neuropathology should not be harassed with neuropathy, which refers to problems of the nerves themselves (normally inside the peripheral nervous system) instead of the tissues. In neuropathology, the branches of the specializations of nervous device in addition to the tissues come collectively into one discipline of have a look at.

The neural and organic bases of behaviour, including results of lesions and electric stimulation, recording of electrical activity, genetic factors, hormonal influences, neurotransmitter and chemical factors, neuroanatomical substrates, outcomes of drugs, developmental processes, and environmental factors. In short, behavioural neuroscience is that component of the broad, interdisciplinary field of neuroscience concerned with the biological bases of behaviour. On the alternative hand, the field of cognitive neuroscience is that aspect of the field of neuroscience involved with the more complex phenomena of thoughts and brain, mainly for the human animal. Substantive subjects blanketed in behavioural neuroscience include, broadly, studying and memory, motivation and emotion, sensory processes, and most recently, genetic and molecular organic substrates of behaviour

Pediatric neurology includes a very large number of conditions that show symptoms and signs in several functional domains resulting from damage and impairment to the nervous system in development. The diagnostic process includes ensuring that data are obtained from all relevant sources, including those which are not affected. The subsequent study includes fitting these data into patterns of classical natural history and thorough investigation of aspects which do not seem to match.

Scientists and doctors have used a range of diagnostic and chemical methods to identify a neurological disease.  Most medical methods, including medications (topical, oral, and intravenous), device-based treatments (such as profound brain stimulation), surgery (such as tumor removal processes), physical therapy, and recovery, display promising results for successful neurological disease care following diagnosis. The main requirement for providing extensive care for a spectrum of neuropsychological disorders and conditions is clinical skills, cutting-edge research and personalized attention. This conference is the best platform to increase extra profound experiences in approved clinical trial procedures and to break through the Stroke and Neurology difficulties and glimpse the new preclinical and clinical trials.

Neuroscience Congress 2020 welcomes attendees, presenters, and exhibitors from all over the world to Madrid, Spain. We are delighted to invite you all to attend and register for the “11th European Congress on Neuroscience and Neuroimmunology” which is going to be held during October 05-06, 2020 at Madrid, Spain.

The organizing committee is gearing up for an exciting and informative conference program including plenary lectures, symposia, workshops on a variety of topics, poster presentations and various programs for participants from all over the world. We invite you to join us at the Neuroscience Congress 2020, where you will be sure to have a meaningful experience with scholars from around the world. All members of the Neuroscience Congress 2020 organizing committee look forward to meeting you in Madrid, Spain

Market Capitalization of Neuroscience and Neuroimmunology companies in 2014 investors provided $3.3 billion into firms that are developing drugs for neurodegenerative or psychiatric illnesses. Some big drug companies, including Biogen, Johnson & Johnson, Roche and Novartis are finding methods to prompt their efforts. New medicines for severe depression, psychosis and schizophrenia could reach the market within the next few years and treatments for diseases such as Alzheimer’s, Dementia, and Parkinson’s too.

The worldwide market size of neuroscience in 2017 was estimated at US$ 26,593 million and is anticipated to see a CAGR of 3.9 percent over the forecast era (2018 – 2026) Increasing neurological disease burden globally is anticipated to be a significant factor accelerating the development of the global market for neuroscience

Increasing incidence of malicious diseases including Parkinson's and Alzheimer's disease along with other hereditary CNS disorders has led in enhanced necessity for new neuroscience sector improvements. Due to increasing demand in labs and academic centers, the market is anticipated to grow over the forecast era. Market players strive to introduce distinctive techniques capable of gaining insights to better comprehend compound nervous functionalities and neural manipulations. In addition, growing aggregate geriatric population is expected to considerably drive demand due to a growing need for better therapy and medication. 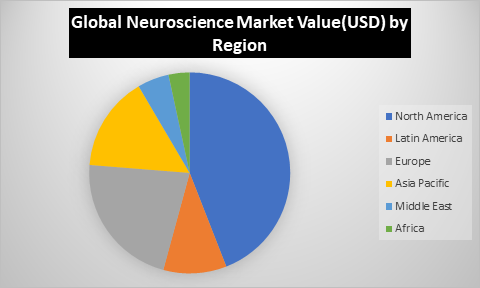 Madrid is the most populous city and the capital of Spain with a metropolitan area of about 3.2 million Inhabitants. There are about 15 Universities in and around Spain which are working in the field of Neurological disorder. Around 1000 neurologist, psychiatrist and neurosurgeons and neuroimmunologists are working exclusively on Neurological disorder in Spain. Along with professional services, media companies are concentrated in Spain and the media distribution industry is Spain’s second most competitive sector.

Major Associations around the Globe

Around 500 top universities globally working in the field of Neuroscience

All around the globe there are 6000 hospitals working on Neurology

Some of them among them are:

A PHP Error was encountered

To Collaborate Scientific Professionals around the World